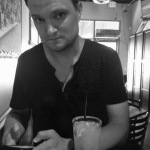 Here’s the PDF version of my most recent CV.

I’m an assistant professor of Sociology at UCLA and my research interests include education, culture, religion, and theory. My first book, published by Oxford University Press in 2021, is titled Agents of God: Boundaries and Authority in Muslim and Christian Schools.

My current projects are

1. a theory book under contract with Columbia University Press, Against Achievement: What Meritocracy Misses About Schools.

2. an empirical project, Magical Citizenship: Self and Social Obligation in American Schools,  based on my postdoctoral research in six public high schools, two each in New York City, San Diego, and Charlotte, NC.

3. various and sundry stand-alone papers with brilliant and patient co-authors.

My work centers around a few key theoretical concerns: (1) the cognitive, social, and institutional processes through which people’s values and orienting commitments are developed and (2) the relationship between authority and moral life. These concerns are buttressed by ongoing interests in qualitative methodology and lots of relatively random theory stuff.

I have studied in Damascus, Syria and Mexico City, Mexico, and I hold a Modern Middle East Studies Certificate from Yale University. While the majority of my recent work is on the United States, I maintain an interest in the Middle East and Latin America.